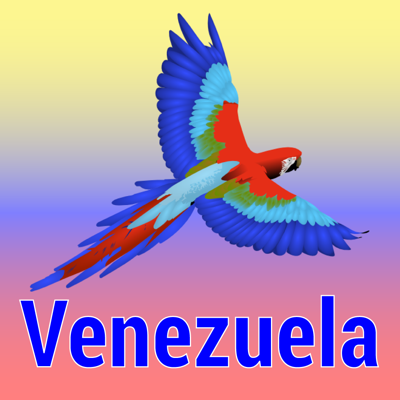 The Birds of Venezuela

Ratings & Reviews performance for The Birds of Venezuela

In The Birds of Venezuela all species of birds regularly found in Venezuela and its islands in the Carribean (>1,300) are described, and their approximate size given in inches and tenths of inches. A brief account of each family is given in the list of families. The range of each species is described in detail (instead of range maps). In addition to the birds‘ geographical ranges, the altitudinal zones which they inhabit are given. The zones and their limits are: • Tropical Zone: sea level to 4500–5000 ft (1,400 to 1,500 m) • Subtropical Zone: 4500–5000 to 7500–8500 ft (1,400–1,500 m to 2,300–2,600 m) • Temperate Zone: 7500–8500 to 9500–11,500 ft (2,300–2,600 m to 2,900–3,500 m) • Páramo or Puna Zone: 9500–11,500 ft (2,900–3,500 m) to snow line The current app version contains the descriptions and images of 1,335 bird species found in Venezuela. Moreover, an ornithological dictionary (English, French, Spanish, Portuguese) and detailed illustrations and drawings of bird anatomy are included. The app features a modern, intuitive graphical user interface with functions for searching the birds‘ names and in the full text, switching the sorting language for the listings and sort by English, French, Spanish, Portuguese, or the scientific (Latin) notation. In addition to the bird descriptions, the name of the birds in many languages can be displayed. Another clever feature is the Field Note Editor, which allows you to record your bird sightings with predefined locations settings (which can be overwritten by the user) and many other commonly recorded data items. Apart from using the optional backup and restore functions for Field Notes and Favorites, the app runs completely offline and there is no need for an internet connection during usage in the field. As with The Birds of South America, which contains more than 3,000 birds found on the entire continent, also The Birds of Venezuela runs on any iOS device and can exchange Field Notes and Favorites list between identical app versions on two or more devices via Bluetooth.

About The Birds of Venezuela

The Birds of Venezuela is ranking in   Reference & Education

The Birds of Venezuela have a 0a user reviews.

The Birds of Venezuela was released in the App Store. It is developed by I.M.D. Publicacion C.A., who have also released the following apps.

The Birds of Venezuela has 0 user reviews.​