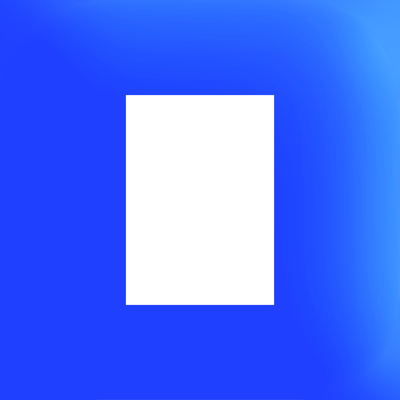 Sketchar is for you if, you want to improve your drawing skills, express yourself through art, impress friends and family with stunning artwork, collaborate with peers, relieve stress, or become a Pro. We have merged AR and AI together to speed up your learning experience and make it more entertaining.  Here are the unique features that can only be found on the Sketchar app:  1.COURSES 550+ drawing lessons based on characters you love. You can start with a beginner set or delve deeper into a specific topic to improve your artistic skills, for example, in creating portraits or anime.  2. PERSONALIZED PLAN Based on AI to speed up your creative growth 3. DRAWING TOOL Powerful toolset to create stunning art in minutes. 4.CONTESTS Join the community to collaborate with peers. 5. AUGMENTED REALITY for drawing  We invented that in 2012. Through your smartphone camera, you can see an AR sketch on the surface in front of you. Just take a pencil and follow the virtual lines on the paper step-by-step. This function is also employed by professional artists to scale sketches onto surfaces like walls. Use carefully and follow the video guide. and many other features.  Btw, practicing art helps relieve stress. Download Sketchar now and learn to draw like never before. ---  In-app purchases: Sketchar offers four paid auto-renewable subscription options that give you unlimited access to the app's premium content and features.  1-Week Subscription - $7.99 / Week 1 -Month Subscription – $14.99 / Month  1-Year Subscription with 3-Day Trial – $69.99 / Year  1-Year Special Offer Subscription – $34.99 / Year  Prices may vary across countries. Prices are equal to the value that Application Store Matrix determines as the equivalent of the subscription price in USD.  We are always interested in your opinion, so please email us at hi@sketchar.io.

I’m really trying to like this so I can buy it but I have a few concerns as soon as I tried to use it. I’m on an iPhone XS Max and for some reason I have to hold the phone far away from the paper, and then I’m really reaching for the paper to draw...it’s ridiculous that I’m forced into a strange position to be reaching for the paper to draw. When I am drawing my hand interferes with the tracking and it’s tells me it’s lost the paper, this is hard to avoid too. I’m looking forward to see what comes of this app it really is incredible... just need to figure out this distance from the page.

I downloaded this app because I am a terrible drawer and I was looking for a way to learn. The app works surprisingly well, but has a few issues. The tracking is very finicky. If you do not hold the phone perfectly still and have near perfect the imagine will jitter all over the page. When using the cross feature, if your shadow touches one of the markers it will also make the image warp all over the page. That means you have to draw at odd angles in order to avoid this. I understand that is an issue with my lighting and not the app, but it shouldn’t happen with such a small amount of shadow. The app is still pretty neat, but is not even close to being worth nearly thirty dollars. Subscriptions don’t interest me, because I would much rather own something and pay for it in full. If the price was lowered to ten dollars for the lifetime ownership that would make up for its drawbacks, but I feel that a 28 dollar app should work flawlessly almost all the time.

So I downloaded it. Even after reading all the reviews... and I should have listened to them. The dev response person/bot says that animals are free, but they are locked for pro. Even though they say it’s is, it is not. Molang doesn’t exist... nor does grinch. You only get one free lesson. This now brings the question. Why not just charge 5.99$ for the app? No. You must pay 5$ monthly. Great concept! great design! But money has gotten in the way. I still give it a 3 star even after being this disappointed, I mean it promise a few free drawings. But I ended up with only one. So again good job on the app, just money and a bit of greed has gotten in the way sadly. I do hope they respond to this to clear this up. Because they basically lied about what is free and not. Unless you are willing to pay 5$ monthly, I will not recommend this app.

As an artist, I’ve been experimenting with this on and off for a few weeks and it’s a great idea IF you can get some random anchor to be permanently in your drawing. Drawing on anything larger than an A4 is out of the question, as you can’t draw your image b/c you’re too far away for proportion, (fully extended arm and pencil still doesn’t reach) then you get closer to touch your paper and it’s lost anchors and looses everything you just calibrated (as it’s white paper with no anchors). I’ll stick with my projector. It has one purpose, and that is for large scale tracing for murals and that’s it. If you are actually using this to “learn to draw” you probably won’t ever improve. Drawing from scratch builds your skill and the necessarily parts of your brain and hand-trust to draw, this will just keep you in tracer category. Great for kids or using it see mistakes in your drawing.

One word... GENIUS. My biggest word of advice is don’t give up, Keep playing around with the app- I was frustrated at first but after a few drawings using the AR technology I was completely sold. It’s something I’ve been trying to do with tracing paper and a computer screen for years. Your brain will need some time since it’s not very natural drawing something you’re not technically looking directly at. Its great for novice artists like myself who need a good start to the pictures they want to recreate on their own. The other features such as lessons are neat as well but after the trial I bought it just for the AR!!

About Sketchar: Learn To Draw

Sketchar: Learn To Draw is ranking in   Graphics & Design & Education

Sketchar: Learn To Draw have a 6 754a user reviews.

Sketchar: Learn To Draw was released in the App Store. It is developed by SketchAR, who have also released the following apps.