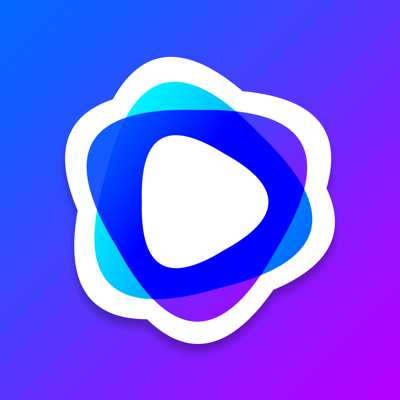 Take the awesome power of your Sony PlayStation 4 console, and give it the portability and convenience of the Nintendo Switch. Stream your PS4 games to your iPhone, iPad or iPod touch and play from anywhere. R-Play features: • The ONLY way to stream your PlayStation 4 games over mobile data • Fully immerse yourself in any game with the VR headset mode (not available on iPad) • Supports HD 720p video (1080p for PS4 Pro) at 60 frames per second for crisp, smooth gameplay • Various control options including DualShock 4, Xbox One, MFi game controllers, or the built in virtual on-screen controller • Highly tuned performance with extremely low lag • Multiple profile support so you can use any number of different PlayStation 4 consoles or PSN accounts • Customise the virtual on-screen controller to your liking • Quick and easy one-time setup, start playing within seconds Notes --- • Playing over the internet requires your home network to be set up correctly. In most cases R-Play does this for you automatically. Some users may need to perform this set up manually, according to the instructions found in the included help guide. • For the best streaming experience, your PS4 should be connected to your home network via LAN cable and your iPhone, iPad or iPod touch should be connected to a 5GHz WiFi network. • If you need any assistance, our technical support team are on hand and are committed to quickly resolving any issues that you may encounter. Legal --- • Terms of service: https://iosremoteplay.com/terms-and-conditions/ • Privacy policy: https://iosremoteplay.com/privacy-policy/ Disclaimer: PS4, PlayStation 4, DualShock and PSN are trademarks of Sony Computer Entertainment Inc. R-Play is in no way endorsed by or affiliated with Sony Computer Entertainment Inc, or any associated subsidiaries, logos or trademarks. Regarding subscriptions: R-Play was previously offered as a free download + auto-renewable subscription. For anyone that initially installed R-Play while it was available as a free download, you will need to purchase the subscription in order to use the app and the following terms apply. For those that have paid to download R-Play, please disregard the following information on subscriptions as this does not apply to you. The R-Play auto-renewable subscription period is 1 year, with a 14-day free trial. Payment for your subscription will be charged to your iTunes account at confirmation of purchase. Your subscription will automatically renew unless auto-renew is turned off at least 24-hours before the end of the current subscription period. Your account will be charged for renewal within 24-hours prior to the end of the current subscription period. Automatic renewals will cost the same price you were originally charged for the subscription. You can manage your subscriptions and turn off auto-renewal by going to your Account Settings on the App Store after purchase but refunds will not be provided for any unused portion of the term.

I’m shocked I’m saying this, but this app is actually kind of amazing—as long as you keep your expectations in check. I’ve been playing Persona 5 remotely with it (over the internet, not LAN), and it’s been working really well. Now, there are occasional frame rate hiccups and latency issues, and the onscreen controls are only serviceable at best, but that’s totally fine for a slower paced game like Persona. If you expect to play fast paced games remotely where tight controls and fast reaction times are important, you’re going to have a bad time. It might work OK over LAN, but it’s still not going to be great. But for certain slower games, it works nearly perfectly. A few details about my setup: I was not able to get the automatic remote setup working with my router configuration. I had to look at R-Play’s help docs for opening the right router ports to get everything working, but if you’re reasonably capable at futzing with router settings, you shouldn’t have any issues. My PS4 is connected to my router with an ethernet cable, and my home internet speeds are 60Mbps down and 6Mbps up.

This is a great app that works very very well! There is only a little minor lag if you leave the app running for multiple hours. The app even allows you to customize the on screen controls to whatever size you need them and where you want them! The graphics are even the same high quality on your iOS device as on you PS4! Also another GREAT thing is that you can use your DualShock 4 controller with this app as well as long as you have a second PSN account and follow the apps instructions! My only complaints are, first that the on screen controls are not that good, and second that the mifi controllers are pretty expensive and those are the only ones compatible with this app, and finally to be able to play you PS4 as a Nintendo switch away from home, you need to change some of your router settings and PS4 network settings, which for me a 13 year old is kind of crazy because it takes a lot of knowledge that most 13 year olds don’t have!

Alright, so back in June my original PS Vita decided that it wasn't meant for this world. The screen broke and so ended my remote play sessions. So looking for alternatives to replacing my PS Vita I did a search for apps capable of making my phone respond like a Vita in remote play. All I see are four and five star reviews, and here I'm thinking I hit the jackpot. Reading up on all the ways this app integrates into your phone and connects to your Playstation 4, this is sure to be a rock solid investment for $12 plus tax. Wrong, wrong, I couldn't be more wrong. This app is clumsy at best, and certainly isn't responsive to commands. Only half of the available game library even appears on my phone screen. Then the on screen touch buttons don't work simultaneously. You can't for example input the command for a quarter circle motion forward. The touch command doesn't recognize simultaneous response. I was very disappointed. I tried this multiple times and tried various games to no success. I award this app the appropriate 1 out of 5 stars, and it receives only one star in this review, because it doesn't manage to boot up and sync with your Playstation console, but that's about all it does. Biggest waste of $12, just put it towards a replacement Vita pre-owned at GameStop, just like I did tonight. ✌🏻

I don’t normally write reviews, but I thought it would be good for you to know what you’re getting for your 12 dollars. What I wanted going into this purchase was this: My room mate and I have two consoles (his Xbox, and my PS4) connected to one TV. He gets home from work before I do, and always ends up getting to the TV first, so I basically have to be up until 3am if I want to get on my PS4. So I was looking for a way to mirror my PS4 to my iPhone 7, and still play as I normally would. When I downloaded the app, it made setup a breeze. Within minutes I was able to play PS4 games on my phone, presumably anywhere with an internet connection. What I also found to be really cool is that with a little extra set up, as long as I was within Bluetooth range of the PS4, I could play with a Dual Shock controller. As for the controls when playing on the go, imagine your average touch screen controller feel; not perfectly seamless, understandably, but good enough to keep up in slow-medium paced games. It takes getting used to, but fight through that gamer rage, it’s totally worth it. I don’t even have to touch the input on the TV or get up to turn on the PS4; the app wakes up my console from rest mode, even if I’m away from home. If I could give it 10 stars, I would. That’s 12 bucks well spent.

I’m not really into the technology, but the fact that I can play my PlayStation on my my iPad from work is absolutely mind blowing. From beating my little cousin in Xenoverse 2 almost 20 miles from my house t turning off my PlayStation in the break from at my job from my iPhone, this app is defiantly worth your money. I also recommend buying a Bluetooth controller. I didn’t really know how to configure for internet play, but the tech team responded to my emails and gave me step by step directions. I watch movies and play games on my PS4 from both my iPad and iPhone. The ethernet connection allows me to even stream faster when I air play my devices on my Tv verses using a chrome cast or fire stick, This is the best $12 I have ever spent and I believe that this is just a small step for what is soon to come.. Very recommended and I am beyond satisfied.

About R-Play - Remote Play for PS4

R-Play - Remote Play for PS4 is ranking in   Entertainment & Utilities

R-Play - Remote Play for PS4 was released in the App Store. It is developed by Lei Jiang, who have also released the following apps.

You can download R-Play - Remote Play for PS4 ​here