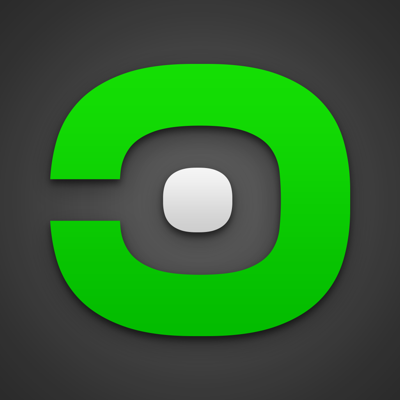 Take the awesome power of your Microsoft Xbox One console, and give it the portability and convenience of the Nintendo Switch. Stream your Xbox One games to your iPhone, iPad or iPod touch and play from anywhere with access to your home network. Never again will your gaming be interrupted when someone else needs to use the TV! OneCast features: • Supports HD 1080p video for crisp, smooth gameplay • Various control methods including any Xbox One, DualShock 4 or MFi game controller and the built in virtual on-screen controller • Highly tuned performance with extremely low lag • Multiple profile support so you can use any number of different Xbox One consoles or Xbox Live gamertags • Customise the virtual on-screen controller to your liking • Quick and easy one-time setup, start playing within seconds Notes --- • For the best streaming experience, your Xbox One should be connected to your home network via LAN cable and your iPhone, iPad or iPod touch should be connected to a 5GHz WiFi network. • You will be required to sign in with your Xbox Live gamertag in order to register your Xbox One console with the app. • If you need any assistance, our technical support team are on hand and are committed to quickly resolving any issues that you may encounter. Disclaimer: Xbox, Xbox One, and Xbox Live are trademarks of Microsoft Corporation. OneCast is in no way endorsed by or affiliated with Microsoft Corporation, or any associated subsidiaries, logos or trademarks.

I absolutely love this app! I have no issue playing my Xbox using this app. I don't have my Xbox hard wired to the internet and I still rarely experience any lag or glitches. (It still happens but it doesn't lag very long and everything snaps back to working very quickly) It works great on both my iPhone XR and my older iPad. Great for sitting on the toilet and not missing any game time. The only thing I could wish for out of this app is the ability to stream games over mobile data. So if any of the developers are reading this please please PLEASE!! Work on that for a future update. With the Xcloud service coming out I don't see any reason why this feature wouldn't be possible. I understand that it would require 5g and unlimited data but it would be so nice to be able to leave my Xbox on at home as a server and play full games while not at home. I couldn't recommend this app enough and have been telling everyone about it since I bought it. Very very worth every penny they are wanting for it. Great job Dev team!! Thank you for building such an amazing and useful app.

I recently got this app and have been running my Borderlands 3 on both IPhone X and 2nd Gen IPad Air. Both devices work flawlessly and there is virtually no lag. I was skeptical at first but as long as I am hardwired with Ethernet on my Xbox One (first gen) and using 5ghz WiFi on my iPhone X or IPad then I have had literally no issues using the streaming service One Cast offers. I have been able to easily play from my backyard, upstairs bedroom and YES even my bathroom (don’t judge). The only issue I have had is my Wireless Controller losing connection to the Xbox One however this is no fault of the app but the wireless range of the controller itself. I have played online Gears 5 and even CO-OP SplitScreen Borderlands 3 with a 4 player party and I have yet to discern any noticeable lag time. I am a fan of this app and the developer and I can’t wait to see it develop even further and add new features. :^)

So the app works great. I'll give some pros and cons here at the beginning with details below. -Pros •Works well on even spotty wifi •Small amounts of lag/stuttering on wifi, some of it caused by loading and resuming the game •Works better then the Xbox App on Win10 laptop (for me) -Cons •Best played on games that don't require quick reactions •Have to unplug my Xbox and manually connect to the app everytime I use it They recommend having your Xbox hooked up with an Ethernet cable but it's works fine on wireless. Because of issues such as spotty signal connections and ok speeds (10mbps up/down) the stream will sometimes stutter, pause or lose connection. Most of those though are when the game is loading, I resume the game after pausing and when certain types of cut scenes play. I'm sure if I was wired or had better wifi these issues would be barely noticeable. There is some lag, so I'm mainly playing turn based games. I did play a single player shooter for a bit and it was okay. A little difficult to aim and move but was doing alright. For some reason though this is working way better on my iPad Air 2 then my crappy laptop. Maybe it's because the iPad is newer and the laptop is breaking down but I'm not sure. I will say though that the app almost never see my Xbox, so I have to manually put in the IP address to find it. Even then though I have to unplug my Xbox every time I want to use the app. Either way I would recommend getting this app.

I read a few concerning comments about this not working for some, or lagging. I have a 75dl/10ul type connection and a solid AC1900 router with my xbox plugged directly into the router via ethernet. I have very little to no lag when using an Xbox controller near my console. I wanted an extra screen for when the family room was occupied and this has been perfect for use with my iPad. Been playing Witcher 3 with no problems. Main gripes are that I can’t switch apps at all without this disconnecting and having to reconnect (usually to a white screen; pressing xbox button usually clears this), there isn’t an option to display battery life (which it goes through quite steadily while playing games), and you have to re-register a console with each individual device you want to use (e.g. iPads, iPhones). It’s close to a perfect streaming solution for xbox and iOS. Seemed a bit pricey for an app, but one days worth of use was worth it alone.

Mostly good streaming quality, sometimes the quality is bad. I have 5ghz connection to iPad and hard wired Xbox. Line of sight from the router with my iPad, still there are drops in frame rate or screen tearing. This is not common but happens occasionally. I had a second tv for Xbox gaming but it’s in a different room and I’m essentially cutting off from family if I’m in my gaming room all the time. Using this app I can be present in the living room where my wife watches tv and also keep an eye on my kid. I keep my iPad on the counter top where I eat dinner or drink coffee and get a quick gaming session going. Wife talks to Me, I can pause and respond and get back to game. I’ve played a good chunk of metro last light already streaming from this app.

OneCast - Xbox Game Streaming have a 8 279a user reviews.

OneCast - Xbox Game Streaming was released in the App Store. It is developed by Owen Stanley, who have also released the following apps.