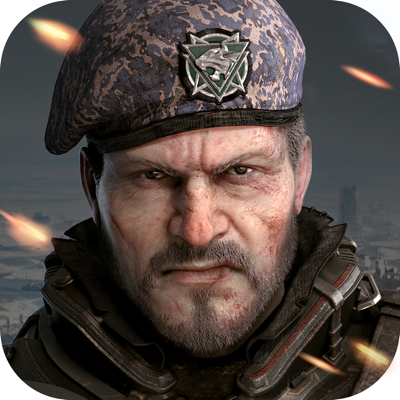 -Real Time Nation vs. Nation post-apocalyptic strategy war game. Join now! Your Country needs you! [Last Shelter: Survival] is a Massive Multi-Player, Real-Time strategy war game. The player will take upon the role of a leader of a small settlement in a world devastated by a zombie apocalypse. Build your own wasteland empire, train your troops, recruit legendary heroes and join your allies in the non-ending war even in the end of humanity. To befriend or to plunder, the choice is yours! Unique Features -World Wide War Real-time combat against players across the world, lead your country to greatness -Realistic Graphics The Map, The World, Your City, The Units, The Heroes, Everything just seems, REAL -Build Your Wasteland Empire Absolute Freedom City Building, upgrade your facilities, research your technologies, train your troops and recruit powerful heroes to strengthen your empire! -Hero System Whether you like to engage your enemies at a distance, take them on at close quarters, or you enjoy developing your base at home, there are TONS of heroes that can help you with just that! -Strategic Gameplay One set of units just simply cannot dominate, Fighters, Shooters and Vehicles, You have to know your enemy and yourself to walk the battlefield of this world. -Alliance Warfare Whether it’s going against different servers, or fighting for the title of the president at home, your alliance will always be backing you up, as long as you find the right people of course. [Real Reviews] “The game is really just a platform to meet friends from all over the world.” “Ever joined a group of Russians and waged war against the entire North America? I’m American!” “Joined a Mexican alliance, learned how to speak Spanish, got raided by Turks, and Canadians came and helped us, 9/10 would play again.” Base Lv.4 or above commanders can obtain supplies from the benefit center. -Subscription Content: You will be subscribed to the game content: Army Supply, After the subscription, the following rewards can be claimed as a daily supply. 1. - 500 Diamonds 2. - 8 Hour speed-up or 400k corresponding valued resources 3. - Construction Center Usage Privilege 4. - Solar Power Station Usage Privilege 5. - Special chat bubble and name tag 6. - Personalized Signature system - Subscription Duration: 1 Month (Monthly subscription product) - Subscription Cost: $24.99/month - Payment: Payment via iTunes account after confirmation - Cancellation: If needed, subscription can be canceld in iTunes/ Apple ID account settings 24 hours before the subscription expires - Subscription Continuation: iTunes account will deduct the fund 24 hours before the subscription duration expires, subscribing for another cycle - For check Privacy Agreement details:http://im30.net/privacy.html - For Automated Subscription Service Agrrement: http://im30.net/subscriptions.html Join us on Facebook https://www.facebook.com/LastShelterSurvival/

This game is very addicting and very fun but my issue with this game is the customer service is absolutely horrible. They have no problem taking your money but whenever there is a glitch or an issue where you lose resources such as diamonds their answer is sorry we can’t do anything about it. When you can’t get back into your account it’s sorry we can’t help you. They have a button that says recover lost account which you click and still you get no help no resolution to the issue. I’ve spent a crazy amount of my own hard cash on this game and the game froze and it took over 4000 diamonds for me to which the response was sorry we can’t do anything about that but we want to help you. Well I got no help. So again the game is great it’s fun to play but try not to spend your money because if something happens you’re losing it. Oh and before I forget if you are upgrading a resource from level eight to level nine it takes Minimalresources and about an hour but when you upgrade from 16-17 it takes a day and a half and about 4 million of each resource. So the game starts to get a little ridiculous. You also have bullies who have so much power they bully other groups to become their henchmen and before you know it they take over a state because other groups aren’t big enough to fight them. They shouldn’t be able to have unlimited subgroups and or too much power

I got this game a week or two ago and it’s been keeping me mildly entertained since then. First, the trailers are very misleading. Your buildings don’t change in appearance unless you get the one item that makes them look a little better for a bunch of irl money. Second, this is a war game very much like GoT: Conquest, which means that unless you throw a bunch of money at this game, you’ll likely end up being attacked over and over from folks who are P2W. These weren’t the reason for the negative review. This morning I logged on and started my normal thing to make more troops, upgrade my buildings and gather resources. As I am looking at the world map to find a food node that I can gather, a notification popped up that My account has been suspended. In this notification box, there was a space for the a reason...and it was blank. The only other options I had were to exit the game or start a new one. I had just started my upgrade to Base level 11 when this happened. A never used any third party programs out anything as I strictly played on my mobile device. I have contacted their tech support but have yet to receive any reply. This is extremely shady business. I would not use another app from this developer and I suggest to others they do the same. They seem to be only interested in the revenue. The entire time I only purchased one pack that was 5 bucks. Maybe I didn’t purchase enough packs and that’s why I was banned.

Against my better judgement, I downloaded the game following an ad where it very clearly showed that this was a tower defense game where your city grows into a thriving metropolis. It is decidedly NOT tower defense, and the buildings you start with will not change in appearance whatsoever. I played for a couple weeks anyway; because it was fine. However, I happened to be parked right next to a “neighbor” who either lives on this app or is shelling out a ton of money to buy all the add-ons, and he decided to attack me no fewer than 10 times a day, often several times in a few minutes. My soldiers were killed as quickly as I could build them and I struggled to keep a reasonable amount of resources to expand. I definitely did not have enough to protect myself. My “neighbor” is several levels above me and I stood no chance at defense except to move. Unfortunately it takes an absolute ton of effort to gain 2,000 diamonds (assuming you have better things to spend actual money on), so I couldn’t get around to it. The alliances are largely pointless and not worth the effort because only a couple of the hundred people are ever active, and it’s not often at the same time. Basically if you have a job, boyfriend/girlfriend, kids, or a realization that our time on this earth is finite and you can never get your time back, then this game is not worth your time. Deleted.

First I feel the developers are greedy, ridiculous amount of resources to upgrade so you buy packs. Game is super glitchy for the amount of money that is spent. If you don’t pay big money you will be bullied as this is a pay to play game. Players abuse the refund and get there money back just to pay again and grow bigger nothing is done. When you need to report a bug, developers do not get back to you. For iOS users not very compatible, I tried to report an issue then had to load a picture and was unable to. I get they wanna make money however I feel more money could be made n more people would pay if it was more fair I’m sorry I can spend a few hundred a month I can’t compete with these players who drop 500 get a refund and spend another 500. I’m not spending anymore money as what am I spending money on so I can buy resources and then get constantly attacked by higher paying players to just steal my resources so ultimately I’m spending money to make these players bigger not for myself. I do not recommend this game at all. Also the events if you don’t pay the events are hard to open the boxes the amount of points needed are ridiculously high so again if you pay and are big this game benefits you as you unlock boxes and gets more resources to get bigger. The developers are making it hard for steal everyone is hurting for steal therefore all bases are being attacked and plundered by the huge players to get bigger.

Last Shelter: Survival have a 14 563a user reviews.

Last Shelter: Survival was released in the App Store. It is developed by LONG TECH NETWORK LIMITED, who have also released the following apps.