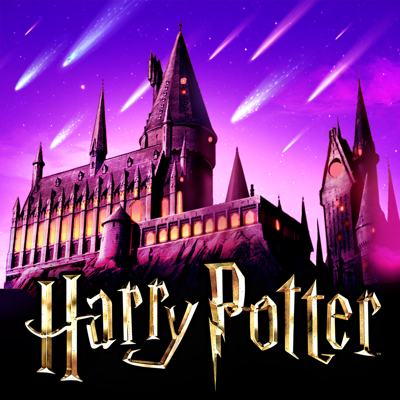 Your letter has finally arrived! What kind of witch or wizard will you be? A heroic Gryffindor? A cunning Slytherin? A clever Ravenclaw? A loyal Hufflepuff? YOU decide! With countless choices, you’ll be able to carve out your own unique path in Harry Potter: Hogwarts Mystery. This is YOUR Hogwarts journey. Whether you’re mastering powerful spells with Dumbledore, brewing potions with Snape, discovering never-before-seen rooms at Hogwarts, forging alliances with new friends, or duelling your rivals, there’s always something new to explore! As part of WBIE’s Portkey Games label, this groundbreaking mobile game puts you at the centre of an all-new story in the Wizarding World. WITCHCRAFT & WIZARDRY: • Learn magical spells and brew powerful potions! • Unlock spells, potions, and locations as you advance through the years of Hogwarts! • Immerse yourself in the world of Harry Potter! • Take your place among witches and wizards! MYSTERY & ADVENTURE: • Use your skills to investigate mysteries at Hogwarts! • Discover the puzzling truth behind the Cursed Vaults and your brother's disappearance in an all-new story! • Choose carefully—your choices matter! ENTER THE WIZARDING WORLD: • Engage in immersive events, play Quidditch, and more! • Win the House Cup with your classmates! • Conjure your very own Patronus to defeat Dementors! • Befriend Magical Creatures like the Niffler! FRIENDSHIPS THAT MATTER: • Embark on quests with fellow witches and wizards! • Find romance and fall in love! • Form unique relationships with each friend and rival! EXPRESS YOUR CREATIVITY: • Customise your avatar! Select from tons of exciting hair and clothing choices! • Design your dream dorm! Show off your house pride and decorate your ideal space! • New character customisation and dorm design choices are always being added! Like us on Facebook: www.facebook.com/HPHogwartsMystery Follow us on Twitter: www.twitter.com/HogwartsMystery Follow us on Instagram: www.instagram.com/HPHogwartsMystery Step into the world of witches and wizards. Customize your character, decorate your dorm, and solve puzzling mysteries now! Play Harry Potter: Hogwarts Mystery Today! Please note that Harry Potter: Hogwarts Mystery is free to download and play, however, you can purchase some in-game items with real money. If you want to limit this feature, please disable in-app purchases in your device's settings. Under our Terms of Service and Privacy Policy, you must be at least 13 years of age to play or download Harry Potter: Hogwarts Mystery. A network connection is also required. Privacy Policy: www.jamcity.com/privacy Terms of Service: http://www.jamcity.com/terms-of-service/

This game contains WONDERFUL graphic designs, character development, and story paths! I absolutely adore the fact that it’s such an accurate representation of what life would be like at Hogwarts before Harry Potter. The game is filled to the brim with adventure and mystery to entertain you, and a customizable character that can cast every spell (if you learn the spells, that is). The game also includes a dueling feature and several different events! However, the energy takes up 4:00 minutes of time to generate ONE portion of the energy bar, which I find INSANE! You can also collect energy when you click on certain spots in the castle. Contrary to several reviews I have read, the energy bar limit increases within and at the end of each year. You start out with being able to earn only 25 energy, but at Year 3 you can earn up to 30 energy! And sometimes even though you have a full bar you can go even higher, although I do not think you are supposed to be able to go higher. Many people have written in reviews that the prices for clothing are obserd, and, for the most part, I agree. You earn 100 gems at the end of each year, though, so saving up would not be too difficult. Overall, the game brought me into a world that I wanted to interact with ever since I was 8 years old, and in one of the best possible ways! The developers deserve a standing ovation! 🥳

Pay up or Fail

I’ve always loved Harry Potter! I read the books, seen the movies, and was fascinated with all the magic and the idea of going to a school for witches and wizards. I think this game does a great job of including people into that world with the accuracy of the characters and the story elements. However, there are things you should definitely try to improve and fix. I think the first one is the energy and the constant tapping on objects to fulfill tasks. In a way it reminds me of the sims mobile except it’s Harry Potter themed lol. But the energy tank is not enough and it is bothersome. It doesn’t make me want to play the game more it’s just this thing that gets in the way of the fun I’m having and almost ruins it. This is a story based game, and the energy issue gets in the way of enjoying the story. With the sims it’s ok because there is no story really. Your building something (the sims life) so it’s different. I could barely even finish one class without running out of energy. At least the sims gets you through a few events lol. And then the vigorous tapping isn’t as bad as the energy but finding a way to make things like the class activities to be more interactive would be cool. The last thing I’ll say is that I know this game is fairly new and hasn’t been out long. So there’s plenty of time to improve. The sims did it, for you it won’t be any difference. When these issues and little annoyances are fixed you’ll have a lot more people playing.

This game deserves a five star rating just because the creators did such an amazing job at making Hogwarts, the entire app, look so amazing and on point with how the school actually looks. I was immediately addicted to this game as soon as I downloaded it months ago. I love that you can make your own custom witch/wizard. If you’re a Harry Potter fan, being able to choose your House is a big deal. The story starts and you’re hooked. I’ve read the negative reviews and most people just don’t want to pay for anything extra. That’s fine. This game does not require you to buy anything for you to be able to move forward. But if you love the game, want to buy some extra gems on a sale for some extra energy, then don’t feel guilty about spending $5-$20! It supports the game, helps bring updates faster, and helps the creators expand the game further. All for FREE! People need to stop complaining about getting an amazing game for free and that they don’t want to spend money or wait for the energy to refill. Just support the game! If you love it, support it! If it was a popular Xbox game, you would be spending $65, plus whatever the season pass was, PLUS a monthly fee to play online. I’d rather spend $20 on Harry Potter and hope they expand the game or make a second game. Our money really does help bring us amazing entertainment with this particular team. They’re awesome!

I love the Harry Potter game! Getting to experience the magical wizarding world is truly amazing! However the game does have a few problems... One would be that the energy only goes up to 25. I find myself in the middle of important lessons not being able to finish them because I am out of energy. The game should give us more energy or let us buy energy with our coins, not gems. Second would be that no matter what decision you make, the story ends up being the same. You can not take your own path. Third would have to be that the game restricts certain areas of Hogwarts until you can get into a different year in Hogwarts. Fourth is that after you have completed all 7 years, there is nothing more to play. The game ends just there. I would have liked it to continue with choosing a new career in the wizarding world. Finally, fifth would be you have to complete 10 long chapters in order to move on into the next year. It should be at least five chapters. I think this is one of the reasons why the game does not continue afterwards- because they ran out of space to add anything else. Overall though, I do like the game because it takes you on many different adventures around Hogwarts. I do recommend this game, but please be aware of the consequences! Also just a side note: I recently got glasses in the game- and I realized everything you do, Rowan does as well. Different outfits, accessories, and even pets.🙄

Hogwarts Mystery is such a fun, exiting game! I love the friends you make, challenges you must over come, and how well the developers made Hogwarts. In fact, Hogwarts looks a lot like it in the movies. Something I loved was how they made Peeves. It’s so cool! They did a really good job using the clues in the books to make peeves. One thing I wish could change is the energy bonuses. I dislike that you have to wait 4 whole minutes just to get 1 energy bonus. If you don’t want to wait, spend your gems. The thing is if you don’t have enough, you have to buy it. If you are like my friend, who’s parents won’t buy you anything. I totally understand! Otherwise, you should play this game. I also enjoyed that I was able to pick what house I was in. I’m a Hufflepuff so I was able to just pick Hufflepuff. My other friends who are in the other houses showed me each of the common rooms. They are spectacular!! In my opinion, my favorite common room is the Hufflepuff common room. It’s so cool! You’ll love it! You don’t have to pay very much for anything, Unless you want to support the game, witch in my opinion you should. I wish that you could pick your own friend in the beginning because Rowan is very nerdy and kinda ravenclaw ish. But anyways you should play this game!!!!!!!!!!! Thank you for reading my whole review and yeah, maybe I’ll see your review

Harry Potter: Hogwarts Mystery was released in the App Store. It is developed by Jam City, Inc., who have also released the following apps.