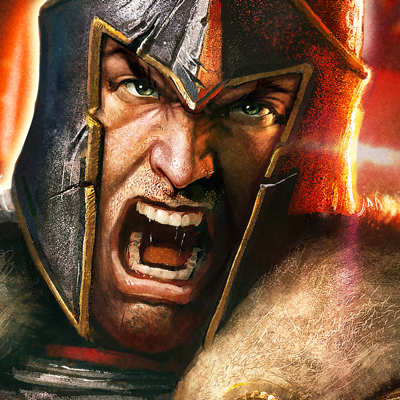 Join the ULTIMATE battle for domination of the Kingdom in Game of War – Fire Age! PLAY FOR FREE in the most addicting, interactive Action Strategy MMO GAME! Features: - Play & chat with millions of Online Players from around the world in 32 different languages – all in real-time. - Be part of a Global Alliance where you can make friends, co-op with Alliance members & become the all-powerful King! - Train vast armies to lead into action packed battles & watch the fighting in real-time on the stunning World Map. - Attack & conquer the Wonder to become the King! Use your power to give special Titles to your Friends & Enemies in the Kingdom! - Talk & strategize with your Alliance & friends in Chat – Alliance Chat, 1-on-1 Chat, or Chat with the Entire World. - Team up & join Forces with friends or smack-talk & burn your enemies! - Forge diplomatic alliances to Conquer enemies & become the most POWERFUL Alliance in the Kingdom! - Build & Customize your Empire - Upgrade buildings, walls & weapons to strengthen your Empire. - Train, level-up and deck out your Hero – Craft legendary weapons and embed them with powerful Gems to rise above the competition! “I found Game of War – Fire Age more engaging than its closest analogue, Clash of Clans” - NY Times review 5/5 “I love strategic RPG games like this. I first started off with Clash Of Clans and wondered if there was anything as similar to this and found Game Of War. It's easy to get started with and addictive.” 5/5 “This is the best MMO and game ever. I have played other MMO games but this is the best one yet! You can battle other players and collect resources and build really cool buildings. If I had to rate this game it would be 10 stars. But, there is no 10 star rating.” 5/5 “Best real-time Strategy game I have ever played!” 5/5 “If you like games like Boom Beach, Clash of Clans or Mario I think you'll like this one!” Privacy Policy: https://www.gameofwarapp.com/privacy-policy?lang=en Terms of Service: https://www.gameofwarapp.com/terms-of-use Game Page: http://www.gameofwarapp.com

I really loved GOW because of its versatility, being able to do multiple things at one time like building, crafting and researching, gather resources plus training. Was the best of all strategy games for that fact & I recommended this game to anyone who wanted the best strategy game ever. 5 stars all day until it changed to the Demigod level, then it went downhill from there. Packs are ridiculously high, rarely on sale like they used to, can’t use some of my items I bought before the change (have to break most of them if they can be) crazy upgrading times and impossible to get some of the things if you want to upgrade any farm, Up your VIP and Stronghold. My alliance was very active in this game, participating in all KVK’s plus the Wonders, now the crickets have taken over. Why can’t we still get 30 day shields without paying a fortune? I’d love to get back playing this game like I used to in its hay day of popularity. I could not wait to get on here and play, now I just check to see if anything has changed and if anyone sent a message. You can get this game back to what it once was without charging crazy prices for packs and masking it difficult to upgrade. I bet the players will come back in droves who quit and make this game awesome again. 3 stars for the time being until things change. ☮️

I use to play this game about 4 years ago and I’ll be the first to tell ya that it was awesome. Updates were maybe once a month and it required a specific set up to be good in the game. Aka it required smarts and it was fun. However as most people know MZ got greedy and started making updates more often, and if we’re going to be real the only packs worth buying in the game are the 100 dollar packs, at least if you wanna actually compete. I keep seeing reviews saying that you had to pay like 500 dollars a month to be able to compete against other players and I’m here to tell ya that’s lowballing it like crazy. Before I left, an update came out for new troops and with the rss, speed ups, etc you needed to just unlock one troop type of the new tier cost around 30k dollars no bull crap. Updates were anywhere from about every other day to every 3rd day when I left and for people who haven’t played this game before, it’s not just a random patch or something, it’s a game changing update. So much so that if you’re a solid player with a legit set up and an update comes out and you didn’t put at least a few hundred dollars into that new update some noob who spent 2k dollars in one day could burn you. If you don’t spend at least 500+ dollars every update in that game then you ain’t crap and that’s really sad that it’s come to that. That’s a ton of money to spend every 3 days. So unless you are very rich, and I mean very rich, this game isn’t for you.

Low the price idea & update ideas A lot of people would play even more if this game updates to a whole new level. Like new music more action packed and have more details. Let’s say you lost a battle when someone attacked you, it would be playing some different instense music. With fire ashes going across your screen. And when you win you get victory you got victory music And when you attack someone I want to be able to hear them attacking A lot of people have been talking about outrider skins They want a profile picture of a outrider permanently and a skin of a outrider in there own city People in alliances have been wanting to have that for years They want some type of hero that looks like an outrider in the battle reports And also people want to see there hero when they click it have an animation when they are idol Animation is what this game really needs more of And now to the prices Mz should really lower the prices on Demi god and most importantly dragon dimension People want the packs to be cut in half like 100$ to 50. You will be making far more money if you lower the price because a lot of people are not going to spend 100 on a pack but would much rather pay 50. I guarantee you will make more since people can actually afford it I hope you read this and look at the ideas and let me know what you think so I can tell people in the kingdom afterwards

It’s literally a bad game They update new gear new buildings levels new training every other day. They make it where you can’t keep up unless you buy then and only then will you maybe stay up until one day someone hits you and zeros you so bad that you can’t rebuild not heal your men. They change recently the heros where you have more different heros new buildings excessively upgrades. They don’t give you any way of understanding of they game of how it works. If you ask MZ about what this new building does or how it applies to They tell you sorry we can’t say anything about that to ask an alliance member or someone from your kingdom but they don’t know either. Yes I am mad because it used to be a good game not anymore unless you have money to blow. This game is crazy unfair; the cost of research is crazy for resources are outstanding out of reach to complete any I reached out to one of the players they sent me some and even with there help it was impossible; they told me the only way to catch up to all the stuff was to buy a pack and even then I wouldn’t have all of the stuff to catch up because of how far I am behind; ive never ever have played an such of a game that was so unfair in the gameplay is crazy so I will leave my little comments and leave this

Super addicting. Time based construction, research, troop training building and more. Build your empire and prove yourself, take part in large scale intra kingdom conflicts as well as world conflicts. Do you have what it takes to become the emperor of all the lands? You can play for free but don’t expect to be able to compete. You can still fill your time monster hunting, collecting resources participating in events for amazing rewards and even attacking people in your range. If you plan to pay be prepared to spend heavily if you want to contest and compete at the highest level. The game offers a variety of hero talent trees. Specialize in warfare or resource, construction, upkeep reduction etc. dragons offer another talent selection as well. Upgrade and specialize it. Further augmenting kingdom strength further. Defense, attack, rss construction etc. craft gear, construction banners and fight your way to glory. Try it out, you may just like be it.

About Game of War - Fire Age

Game of War - Fire Age was released in the App Store. It is developed by Machine Zone, Inc, who have also released the following apps.

You can download Game of War - Fire Age ​here