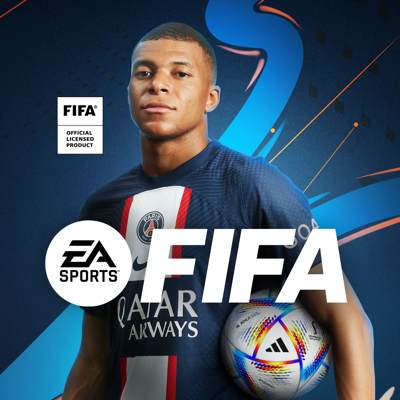 Since the new update to make the game more like the console fifa, EA has done quite a few mess ups. I’ve been logging in every day since the 19th of September and I still get sucked into a loop where I cannot get out. I tried calling EA and I had a very good phone call and the man said that they would have a new update out ASAP. He said to have someone send you a “league” invite and then it should get me out of the loop....well I’m in a league and I can’t get out of the league because as soon as I sign in it wants to teach me about the new “legacy” addition to this game. I cannot click anything and I’ve tried signing out and resigning back in. This is a new season where I could be ranking up and making progress because I play this quite profusely, I need compensation for all the days that have been wrongfully stolen from me because of a bug in your new software. My account name is lickatstick66 and like I said I’ve been very patient but I can only hold my cool for so long, I’ll give this a three stars because I really like the game but how this is being handle is very frustrating.I had over 2,000 gems it then reset all my coins which I had over 2.5 million. This is very upsetting and I wish to resolve this ASAP, I just downloaded the update today on the 27th and your update did not fix my problem and that still didn’t fix it. Please help, thank you kindly!

The fact that my players aren’t broken 100+ overall players (they’re mostly 80-85) doesn’t mean that they should be absolutely clumsy and useless. They shouldn’t take 5 seconds to collect the ball from passes, shouldn’t be taking 3 seconds to switch direction when I’m not even sprinting, shouldn’t be literally moving out of the way on defense (I’m serious, this literally happens. Literally the opponent could be running straight and my CPU controlled player will actually just move out of the way, and I could send my player forward to intercept something and then they’ll just jerk to the side and let them through, it’s absolutely unbelievable) and worst of all, my players shouldn’t be misplacing every single key pass, how the heck is my play actually supposed to work if the pass that makes it work just goes way out to who knows where? H2H is broken because of this. Seriously. Fix this. Oh, actually the worst part, is that the ball can literally be in front of my player and he’ll either just stand still or just move away from the ball. Even when I’m literally sending the player in the direction of the ball with my control. They just wait for the other team to take it. No one in the world does that. FIFA, did you somehow program literal 0 IQ players into your game for players who didn’t pay money to get these broken teams? Or what? Since your game is so broken.

So first off I play this game religiously, and it has all the players you could ever want to play. The chemistry aspect gives you a bonus while playing H2H or VS attack. The downfall is you have to have players of the same nation league or team to get the chemistry. The beauty of FIFA is having all players from all around football being able to be on the same team. Ex having a team with Messi, Ronaldo, De Gea, De Bruyne all on the same team. And if you don’t have the chemistry it’s a strong disadvantage in the H2H or vs attack. Another issue I have is all the events unlock cool players, which is great but the longer the event goes on the lower your resell value is in the market. For example I used to resell my team every so often and end up with 200mil to rebuild a new team with new players. I like to change up my team to play new players and keep my chemistry maxed out (since the chemistry is so important). Now if I did that I’d maybe have 120 million since all the players I have now have been unlocked by more and more people. As each event goes on the more people unlock the same character and the price keeps dropping because everyone sells their player just a bit lower than the next one to make sure you buy their character. I feel like if the event ends and all the players for that particular event were deleted from the market those of us that still have them in our line ups could resell them and play a stock market type game within the game

I’m getting happier with the game but still needs to have better balancing in vs attack the percentage is unbalanced for the chemistry and the overall. Also like in la liga rivals there is a little over a week left and I have only been able to get a top row of game one done and it’s unfair for me because I can’t just buy my way to get every part of the events done and in the market if I want a 90+ it’s all over 1,000,000 coins and it takes me about a week to make that amount of coins so I’m events and any challenge we need a major increase in gems and coins to buy packs. Like right now in carniball event the games need to be down 0-1 at halftime it takes forever to finish a game; also the packs in the events needs a decrease in cost in gems since you gain so little gems daily and can there be a high chance in getting high lvl players like in champion league lets say I finish a row I have such a high chance to get a lowish player I don’t need and will never use I am a 91 overall player and I have my left and right back the lowest number which is 87 players I want more players in that position available in events or have it easier to level up players because I hardly ever try to level them up I just save a huge fortune of money to buy a better player with coins and I probably speak for many when it’s hard to get good players at all

90% of a H2H matches consists of passing the ball to wingers and sprinting. Its impossible to actually use strategy and build up attacks because the midfield is unplayable. People just spam the sprint button, and right as the ball reaches your midfielder someone bulldozes you and steals it. You don’t have any time to react, its instant. Also I’m very surprised to not see anyone talk about the size of the field. Its nowhere near how big a real soccer field is, its a shrunken mini version, which is probably why it’s impossible to move around in the midfield without getting rushed by everyone. There’s no space to play, so all you can do is buy a fast winger, and sprint from the side. Also, not only is the field much smaller than it should be, the camera is zoomed in way too much. If you try to counter attack, you can’t see anything in front of you. You could be running with the ball while the space ahead of you is empty, then suddenly in half a second a defender comes sprinting from the other side and you have zero time to react because the camera is zoomed in so much that you can’t see who’s coming towards you. Almost every single problem that I see in H2H can be traced back to the field being much smaller than in real life. TL;DR: Smaller than real life field and zoomed in camera gives you no time to react to whats happening and it makes H2H unplayable since you can’t utilize the midfield and use strategy to build up attacks.

FIFA Soccer was released in the App Store. It is developed by Electronic Arts, who have also released the following apps.