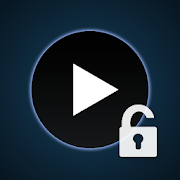 Music moves people; it unites us, it allows us to relax, and sometimes, when done right, it can even motivate us to do great things. Poweramp does great things. Features like gapless play, an unmatched equalization system, great crossfade, and support for most popular music file format might all make Poweramp the best $5.49 you have ever spent in your life. If you have not already, try out the free full trial version. The trial version will give you 15 days of the full, uninterrupted, Poweramp experience. That means you get to experience your music like only Poweramp can offer. If you need a few reasons why to buy the full version of Poweramp, here are two good reasons: - Get all the future updates for free: Once you purchase Poweramp, all the future updates are free to you as long as you have the Unlocker. - Have a dedicated music player: Poweramp is dedicated to being the best music player available, and we will never change from that. Poweramp is focus on doing nothing more than being a great music player. ========== Poweramp F.A.Q. - http://forum.powerampapp.com/index.php?/topic/1737-faq/ Full Version/Unlocker/Purchase Issues F.A.Q. - http://forum.powerampapp.com/index.php?/topic/3851-full-versionunlockerpurchase-issues-faq/

GREAT app. Just wish it had some key little things I've seen in similar apps, such as being able to mass edit ID3 tags (instead of just one at a time). Probably already amongst the best music apps available, but attention to the little things would really put it over

This is just the best music player there is on any platform, despite not being perfect! The addition of the Cast support makes it even more enjoyable. Keep up the good job, Max! Your have my forgiveness for the long delay in releasing version 3.

Good in terms of interface not in audio quality . Plz add 3d surround sound effects in the presets . The Stereo Expand option makes the sound more clear but still it feels it's comming frome the same direction ... Vocals and instruments are not seperated.

To see all other keys and revenue click here com.maxmpz.audioplayer.unlock

Poweramp Full Version Unlocker have a 278 956a user reviews.

Poweramp Full Version Unlocker was released in the ​Google Play Store. It is developed by Max MP, who have also released the following apps.