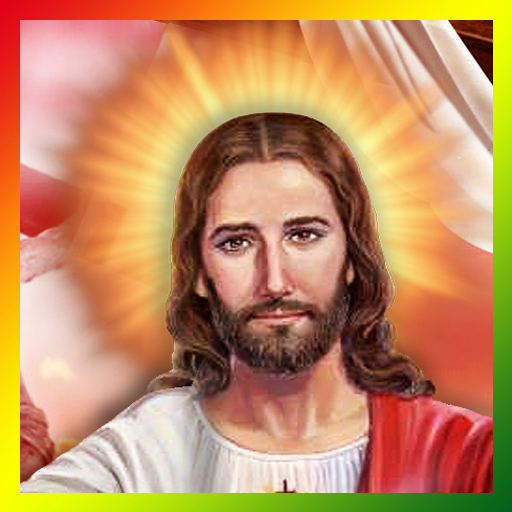 This is a beautiful high quality live wallpaper of God Jesus Christ. It features Jesus, Wooden Cross, with shower of animated flowers, leaves, candles and cross.Jesus Christ is often compared to other prophets and teachers, but He is the most unique person to ever live. Everything from His birth to after His death was miraculous and set Him apart from everyone else. Jesus was born by a virgin -- a natural impossibility. Before His mother Mary was married, she was told by an angel she would give birth to the Son of God. When she asked him how this could be, he answered, "The Holy Spirit will come upon you, and the power of the Highest will overshadow you; therefore, also, that Holy One who is to be born will be called the Son of God." Just as promised, the virgin Mary gave birth to Jesus Christ, the most incredible person to ever have lived.Just as promised, God raised His Son Jesus back to life -- eternal life -- on the third day after His burial. He was seen by His closest friends and over 500 of His followers before He went up into heaven before their very eyes. After His resurrection, his close friend Peter told a great crowd to repent from their sins and believe in Jesus Christ to be saved, "for the promise is to you and to your children, and to all who are far off, as many as the Lord our God will call." This promise is for you! There are many religions and prophets, but no one but Jesus Christ offers complete forgiveness from your sins and eternal life with God. He has already died for your sins; now you must put your faith in Him. "For if you confess with your mouth the Lord Jesus and believe in your heart that God has raised Him from the dead, you will be saved." If you believe in Jesus, you can pray a prayer like this right now and receive the gift of eternal life.Jesus' life was just as amazing as His birth. At 30 years old, He went out into the cities of Israel and began teaching and healing people. The Bible records that He was different from other preachers, for "the people were astonished at His teaching, for He taught them as one having authority, and not as the scribes." Likewise, there was no disease too great for His power. It says, "They brought to Him all sick people who were afflicted with various diseases and torments. and He healed them." Threatened by His fame and authority, the political and religious authorities conspired to kill Him.His death had been predicted over a thousand years before. The prophet Isaiah wrote of Jesus, "He was wounded for our transgressions, bruised for our iniquities, the chastisement for our peace was upon Him and by His stripes we are healed." Jesus would pay the penalty for our sins so that we could be forgiven and have eternal life. Just as had been predicted, Jesus was given the most brutal death sentence of that day for maintaining that He was the Son of God. While hanging on a wooden cross with spikes through His hands and feet, He prayed, "Father, forgive them, for they know not what they do." Jesus had power to come down from the cross, but He chose to sacrifice His life for others.

To see all other keys and revenue click here B00CGZ2CF8

JESUS CHRIST HQ Live Wallpaper have a 0a user reviews.

JESUS CHRIST HQ Live Wallpaper was released in the ​Google Play Store. It is developed by Hobby Point, who have also released the following apps.